Enochian | Language of the Angels

Enochian is said to be the language of the Angels. There is no claim here that it is, however many who have worked with Enochian have no doubt to it’s powerful effect on their lives. The name Enochian is taken from the Patrioch ‘Enoch’ who is said to have found favour with God and was granted wisdom and knowledge of the Mysteries. The ancient text the ‘Book of Enoch’ describes these journeys. 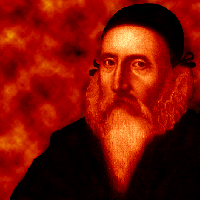 It was in the 16th century where the Astrologer to Queen Elizabeth I, Dr John Dee, spent an intense seven year period working with the psychic Edward Kelly. Together they performed daily meditations where the Angels communicated their language and a map of the Angelic realms. Much of the original documents can still be found in the British Museum with many books written on the subject, few which have been listed in the Source Material section, as well as some reproductions of the original manuscripts.

It is beyond the scope of this website to go into the details of the Enochian manuscripts, but to focus on the information and meditations that support the process of mindfulness and enlightenment.
Science

In 2005 a group of scientists created a ground breaking film called ‘What the Bleep, Down the rabbit hole’. Quantum mechanics has matured to a point of understanding that mystics and meditators have known for centuries … That we exist as part of an amazing matrix of conscious and intelligent energy … we are powerful creators! .. we do create our experiences .. we do have the potential for much, much more… Angels are simply aspects of conscious intelligence that some would call God.

.... Angels are simply aspects of conscious intelligence that some would call God ....

We are all powerful Creators! .. each and every moment we are creating our experience, our reality. Having the understanding of some basic truths can transform your life. The Enochian system is a powerful key that supports in unlocking those truths and the instructions are the first steps on this beautiful Path.

What if I don’t believe in Angels?

Great! The work here is about the experience and knowing who you are in relation to Consciousness. What that is to each individual is completely unique and each of us has the freedom to label our experiences as we choose. Some would call it Essence, God, Goddess, Consciousness, or God and a hierarchy of Angels, and describe their different aspects in their own terms. Traditions throughout history have articulated their own understandings yet there are many archetypes that are in common, such as the Goddess of Love, the God of War associated with the planets, Venus and Mars.

To hold a belief is to have a borrowed idea, a concept with no direct evidence that it is correct. You can tell me what a pear tastes like but I can only know by eating one.

© ℗ Enochian.com 2008 – 2021. All rights reserved.
All trademarks and service marks are the properties of their respective owners.